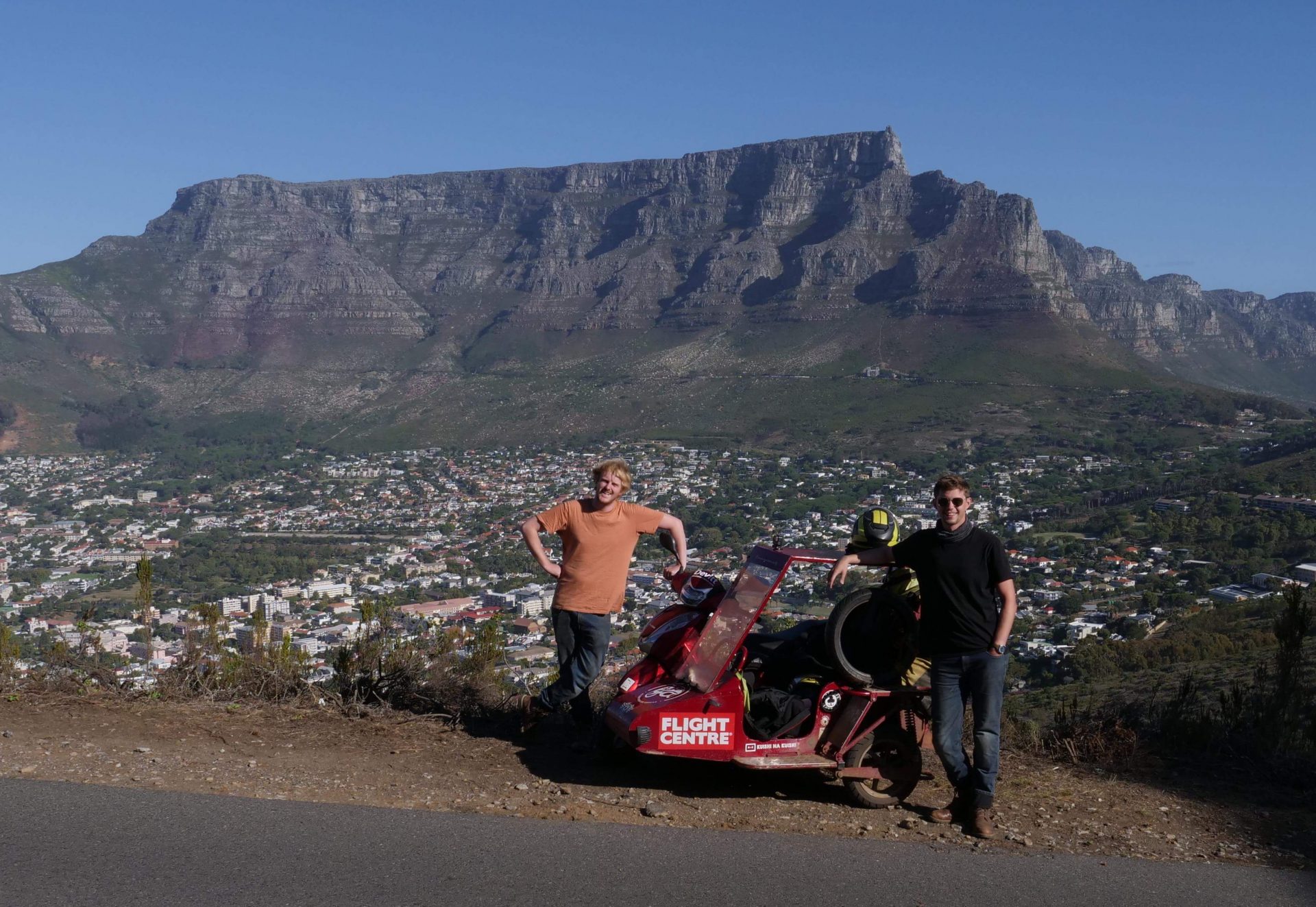 We’re Matt and Reece and we are  ‘The Sidecar Guys’. We’re called ‘The Sidecar Guys’ because it’s what everyone else seemed to call us when we returned from our around the world journey by scooter and sidecar. From 2017-2019 we circumnavigated the globe by scooter and sidecar and became the first (and only) people to ever do so on that very niche kind of vehicle. We hold the Official Guinness World Record for the longest journey by scooter and sidecar and travelled 34,000 miles, through 35 countries and 5 continents to get it. The trip saw us tackle the sands of the Sahara, the heights of the Andes, and the freezing cold temperatures of Siberia. We decided to take on such a challenge as we wanted to raise funds and awareness for charities fighting modern slavery across the globe. You can read more about this here. Since returning from the trip we have given various talks about the adventure to audiences of all kinds, we recently released a book about the adventure called Our Ridiculous World (Trip) and will soon be releasing a 4 part mini series too.

We are the founders and producers of The Armchair Adventure Festival. Back in the first lockdown of April 2020 when no one could head out on their own adventures, we came up with the idea of the first ever 100% live virtual adventure festival. The event was a huge success, we went live for 3 days and were joined by some incredible names including Charley Boorman of Long Way Up fame, Steph Jeavons, the first person to travel to all 7 continents whilst circumnavigating the globe by motorcycle, Natalia Cohen from the coxless crew and many more. Over 20,000 people tuned in to that first virtual weekend. Since that first festival, there have been many more virtual events and we have now turned the festival into an annual in-person event that takes place at Mount Edcgumbe Country Park, Cornwall. To find out more, check out the AAF website here.

As of 2022, we have opened The Sidecar Guys Experience Centre in the North East of the UK. Whilst acting as a point of sale for Ural in the UK, if you are considering swapping 2 wheels for 3, why not come and join us for one of the experience days. 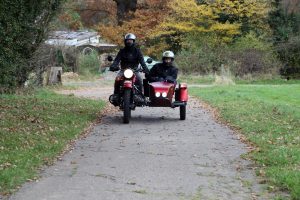