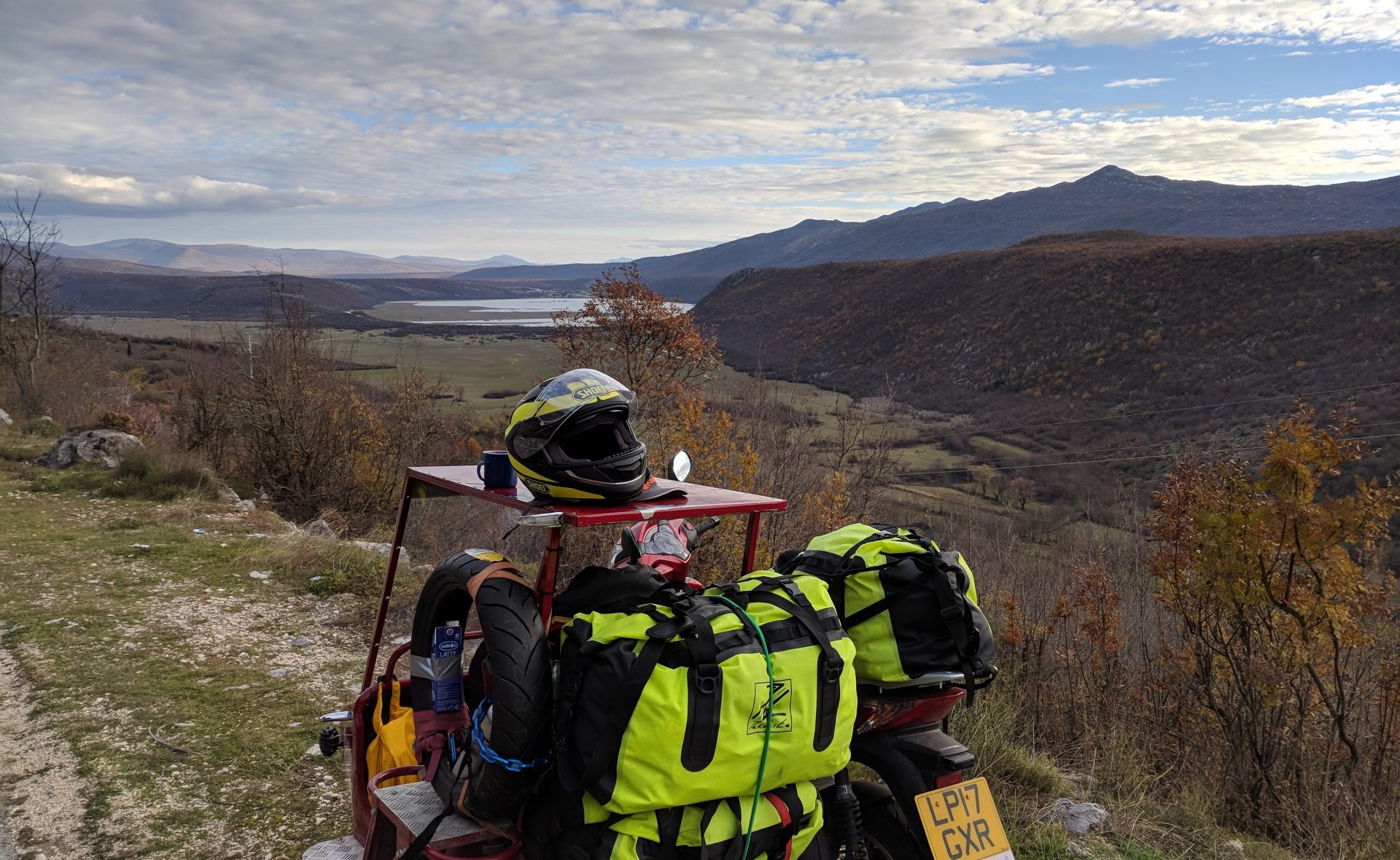 Week 4 of the expedition saw us scoot through the rest of Croatia before heading in to Bosnia & Herzegovina and eventually arriving on the shores of Lake Skadar in Montenegro. This week was just full of insane scenery. You have to visit this part of the world. The coastline is incredible and then you can just drive any direction inland and find incredible waterfalls, mountain ranges and lakes. The area has to be a wild camping paradise so we thought we’d have a go at it. We’d always meant to wild camp as much as possible but up to this point we’ve found ourselves being hosted or in dodgy sort of Butlin’s style campsites.

Our first wild camping spot was next to lake Bilecko in Bosnia which was a relatively perfect spot and trouble free. Aside from the fact that we managed to convince ourselves in the night that the tide was coming in… it was a lake… and a small one at that. The next night we wild camped again but this time on the Albanian side just outside a local town. Just as the sun was going down a group of guys pulled up and watched us for a minute from the top of the beach, then they went back the way they had came from – weird.

After the sun had completely gone down we were sat chilling on the beach, watching the stars and waves. Then against the waves we see this little silhouette appear, too big to be a cat but too stealthy to be a dog. After watching for a while we lit it up with the torch, it stopped dead and stared at us, a fox. A creepy one at that. It then scurried away on its tip toes in to the nearest hedge. This sparked our curiosity, what else was here?

We got up and started scanning the bushes for signs of life. Nothing. And then a wild sheep dog appeared – suddenly we were playing murder in the dark with all sorts of wildlife. After a while we decided it would be best to get in the tent and try and get some sleep.

About an hour past and the dogs seemed to get bigger and closer, were they dogs or were they people? We couldn’t get a wink of sleep, not knowing, so we ventured out on to the beach in our pants. It was the dogs, for sure. But then a car, playing loud music, came out of nowhere and parked up around 50ft from us – was it the guys from earlier back to take all of our things and leave us on a stoney shore, in Albania, with nothing but our pants? We hurried to put our jeans on.

After about 30 minutes of staring, deliberating and walking past acting all nonchalant we decided to tap on the window and say hi.
Turns out they were lovely blokes. Really, really nice guys. Just out enjoying the view listening to music and having a laugh. They were very surprised to see two nerdy English blokes walk out the trees at them and were probably more spooked than us.

Watch the video below to see this weeks highlights: