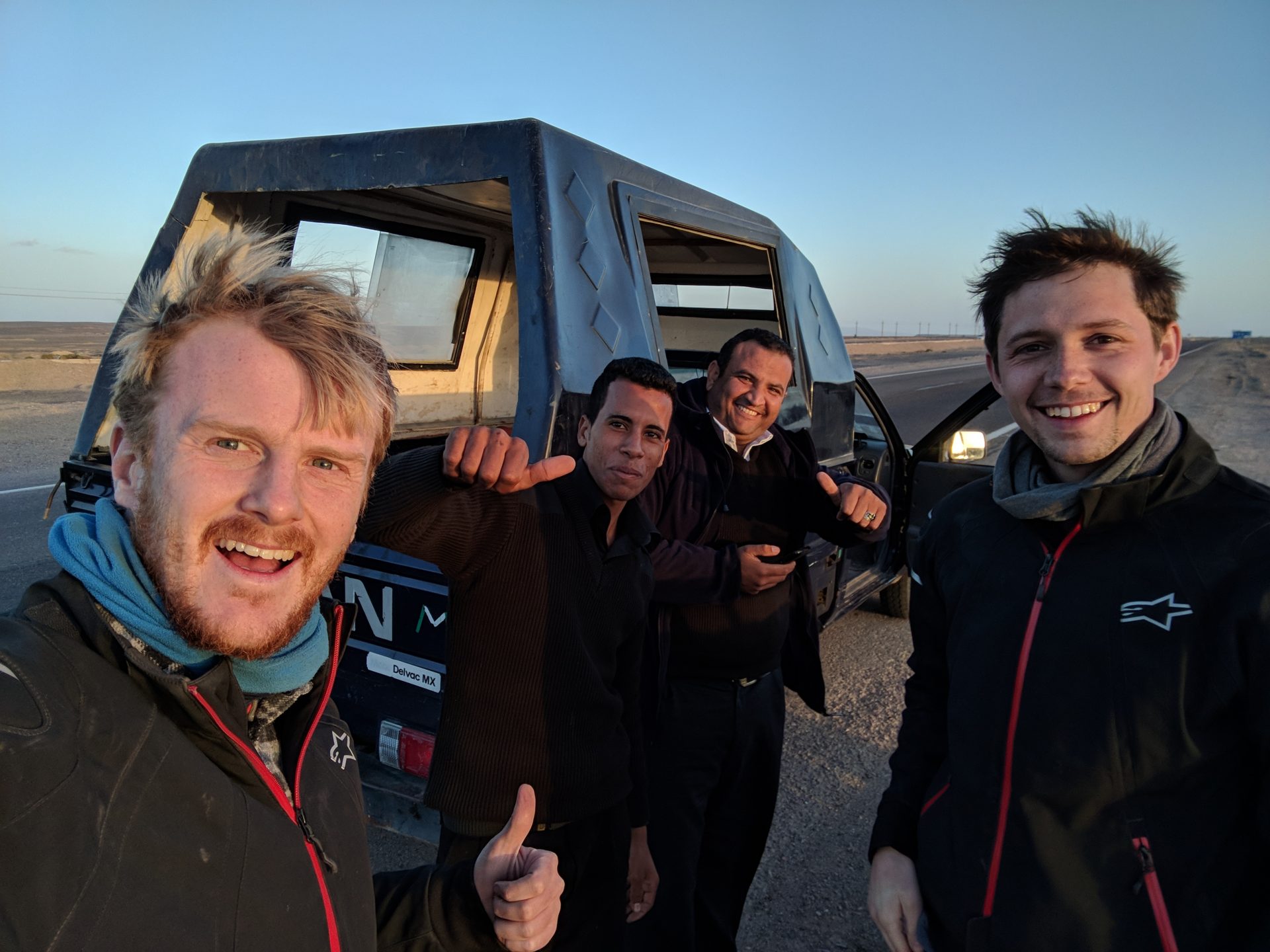 Week 10 – The sidecar is in Africa! And it wasn’t long before it’s first breakdown…

Happy new year everyone. We hope you’re looking forward to 2018 as much as we are and we hope your 2018 goes a bit smoother than the last few days of our 2017…

Week 10 began with a lot of waiting. The port security in Egypt is very tight. We spent three full days sat at the port waiting, paying people and signing random documents. It should have taken two days but Reece whipped out our camera on arrival and we spent a few hours trying to explain to the port police that we were in fact idiots, not terrorists or spies… The next day we headed back to the port and paid a lot of cash to our fixer who paid a lot of cash to various government officials (over and under the table) to get our sidecar in to the country.

Finally though. after a month off the road we got the sidecar back on the tarmac. Our first ride in Africa was from Alexandria to Sakkara where we would camp at the Al Sorat farm. We took a wrong turn on route to the farm and ended up in a random village swamped by around 50 local people who were enthusiastically investigating our sidecar and all of our stuff. After about an hour of nice people trying to take us to the farm we eventually found it.

Next we ventured from Sakkara down to Hurghada. It’s 400km across the desert and down the Red Sea. We did 278 of them with no problem at all. But as darkness started to descend across the desert, disaster struck. The bearing in the sidecar wheel collapsed and the sidecar wheel started wobbling furiously. We pulled in to find a piece of mangled metal pouring out of the sidecar. The guys in the picture above are the local police, they came to help us and tried to fix the bike for a good hour before eventually giving up and putting us on a tow truck. We got towed 122 km to Hurghada where we spent a couple of days trying to fix the wheel.

We eventually fixed it and then yesterday we rode back up the same stretch of road to where we broke down before turning around and driving straight back to where we came from but this time on the scooter and sidecar, not in a tow truck – we need to do every mile on it for it to be a continuous journey by scooter and sidecar.