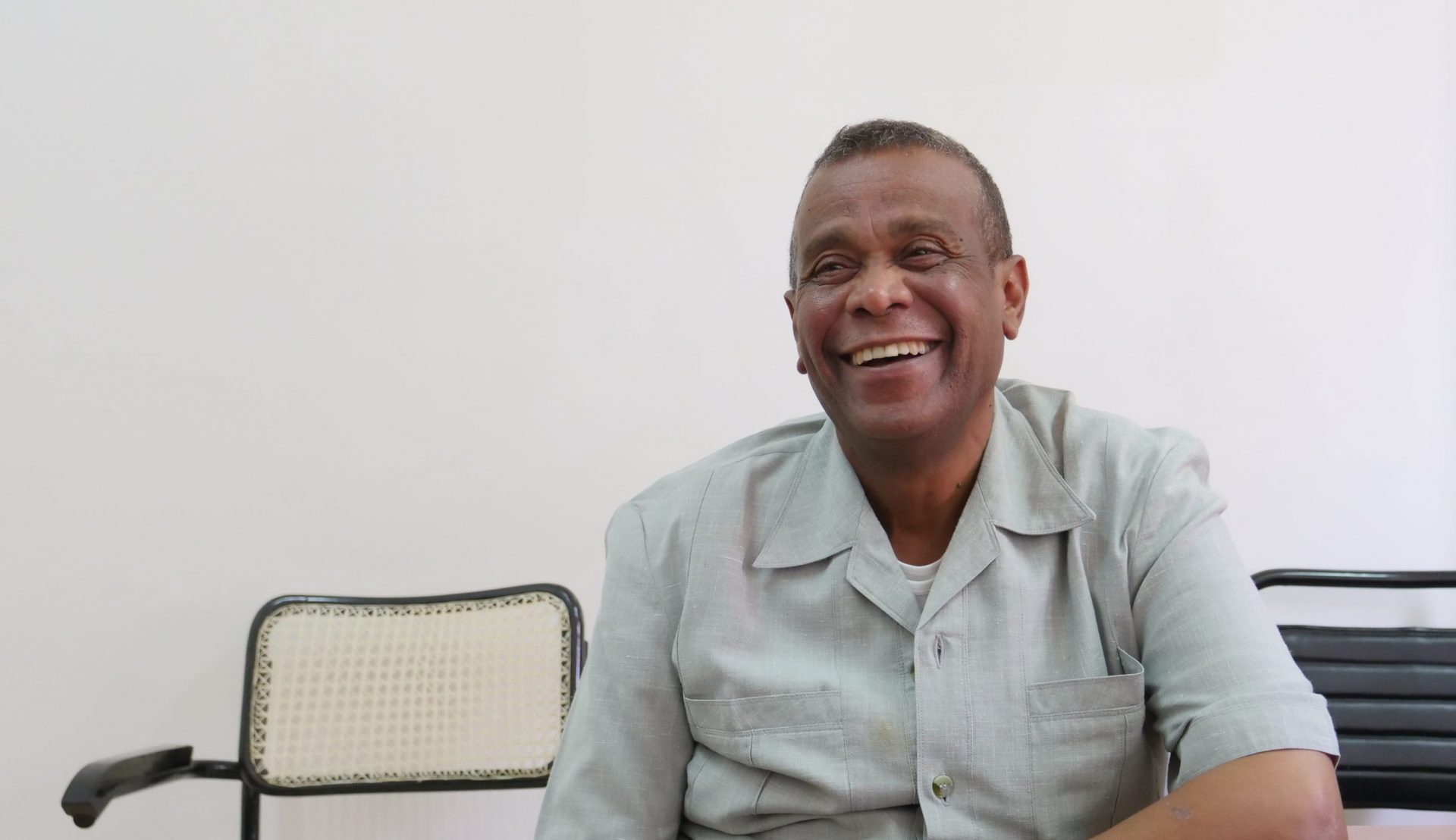 Slavery in Sudan and the people trying to stop it

Prior to the trip we had both subconsciously flagged Sudan as one of the more intimidating places that we will visit on our route. What we knew about Sudan, was there was a lot of sand and a lot of trouble in the South. What we saw about Sudan on the news was the unrest and suffering in Darfur so that was the image we had of Sudan. How wrong we were!

Sudan is home to probably the most hospitable people on the planet and none more so than Rifaat who welcomed us at his office for a fantastic cup of coffee.

Rifaat is the founder and Director of the Peoples Legal Aid Center for Sudan (PLACE). He founded the organisation in 1998 in order to provide legal aid for marginalised people in Sudan. 20 years on PLACE now has offices all over Sudan and is a vital service for people who can’t afford access to justice. As part of their work, PLACE regularly provide legal aid to victims of human trafficking and modern slavery in Sudan. We went to visit Rifaat to find out more about slavery in Sudan and the work he does to fight it.

Rifaat told us that in the past 5 – 10 years he’s been presented with more and more cases of modern slavery and human trafficking. He said that maybe they just didn’t know about the issue as much before but at the moment they’re having people come in from all walks of life. He’s supporting both Sudanese nationals and people who have been trafficked in to Sudan from places like Bangladesh. He said most of the people who come to him have escaped forced labour but he has also come across cases of forced marriage.

It’s not surprising to hear that Rifaat has a lot of forced labour cases because the majority of people enslaved in Sudan are in forced labour. The Global Slavery Index estimates that 454,700 people are living in slavery in Sudan – that’s just over one in every hundred people. They also estimate that over two thirds of the population are at risk of being trapped in modern slavery. High levels of poverty and low literacy rates make much of the Sudanese population vulnerable to slavery so as part of their work, PLACE run workshops in communities to educate people about their legal rights.

As we walked through the PLACE headquarters we could physically see the work that they were doing to fight modern slavery in Sudan. So much so that we met with a group of Bangladeshi guys who had been told they would come to Sudan to work as tailors, in fact, they were trafficked in to forced labour and paid nothing for years of work. Rifaat told us that they were tortured when they had tried to escape. PLACE are now trying to prosecute the people who had enslaved the group but Rifaat didn’t hold out much hope for a conviction. He said that, as always, they would try their very best but a prosecution requires the assistance of the police and the government who are usually very reluctant to help.

We asked Rifaat what he thought about the issue of modern slavery and the future of slavery in Sudan. He said that he wishes PLACE could do more to help but the issue is just too large and that it requires a concerted effort from law enforcement to make any real impact. He said that in order for the situation to improve in Sudan there needs to be a real improvement in the governments response to the issue. A statement that is echoed by the Global Slavery Index. You can find out more about slavery in Sudan here.