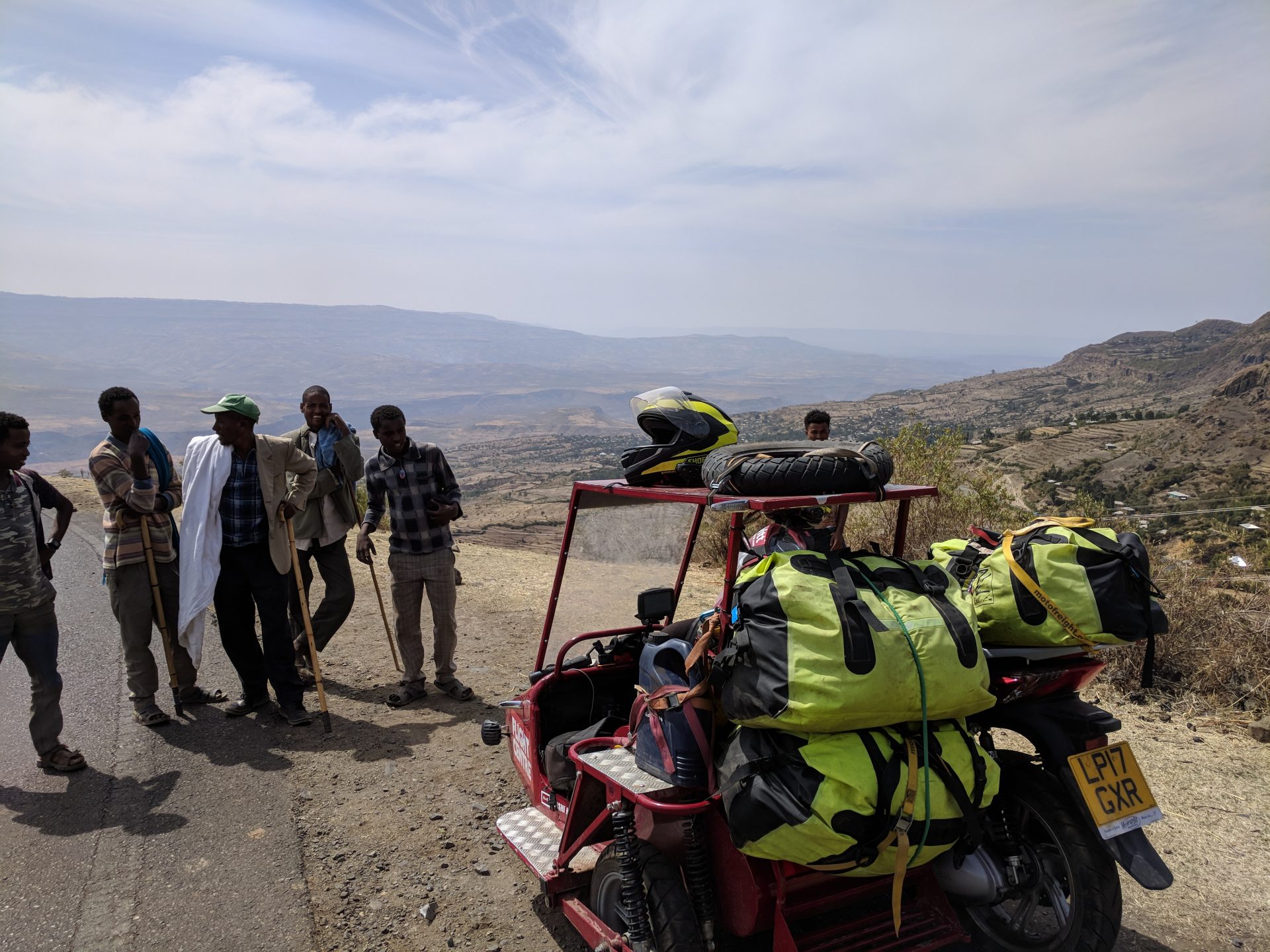 It’s been a long long 3 weeks waiting for our spare parts to arrive from the UK, at one point we pondered if they’d ever arrive at all. And once we had them we questioned whether we even would be able to put our clutch back together. But we did it! And now we’re well and truly back on the road having found ourselves in Addis Ababa. It’s now a race against time to cross the boarder into Kenya with our visa due to expire in just 4 days! There are also strikes being reported across the country and people are being told it could be dangerous to travel until the day after tomorrow which means things could get very very tight!

We had mixed feelings when leaving Gondar, mid way through our stay we were both left feeling very frustrated, we had hoped to only be there one night and it ended up being twenty-one. But come the end, having met some amazing people (both locals and other travellers passing through) we did feel that we’d miss the place we had called home for the previous 3 weeks.

That feeling changed very quickly though as the ride down to Addis was full of surprises. The scenery was incredible, the roads are very up and down especially in the Blue Nile Canyon. The descent was roughly 8 miles of rough roads and going up the other side was much of the same. We were worried Kuishi na Kuishi (the sidecar) may struggle with it but with a new clutch installed it stood strong and managed the climb… but only just and not with out drama!

We had also heard stories of other travellers receiving hostility from locals when on the road, particularly cyclists who had been on the receiving end of people throwing stones in some of the worst cases. For us however we experienced none of this. Instead we were greeted with curiosity and smiles in every town we passed through and by every driver coming the other way.

Check out this weeks weekly update video, it wasn’t without it’s struggles but it’s fantastic to be making progress once more.