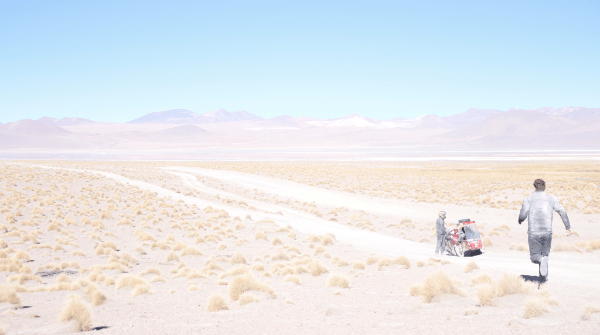 Week 29 – The Lagunas Route by scooter and sidecar

This week we pushed the ourselves and the sidecar (quite literally) further than we have ever been before on the incredibly tough Lagunas Route from Chile to Bolivia. The week kicked off with some really easy, great driving from Caldera to San Pedro de Atacama. We still had our fuel problems on route which after much trial and error we finally fixed. It turned out to be a clogged up fuel filter as many of you had thought – huge thanks for all of the advice. We cleaned out the filter in San Pedro de Atacama and embarked on what would be the toughest ride of our lives North to Bolivia. The first day was just a short crawl for 25km as we climbed from 2,400m above sea level to 3,500m where we pitched the tent for a night of acclimatisation looking over the incredible Salar de Atacama. It was a freezing cold night with sub zero temperatures and sub standard camping kit but it wasn’t a bad view for some morning porridge. 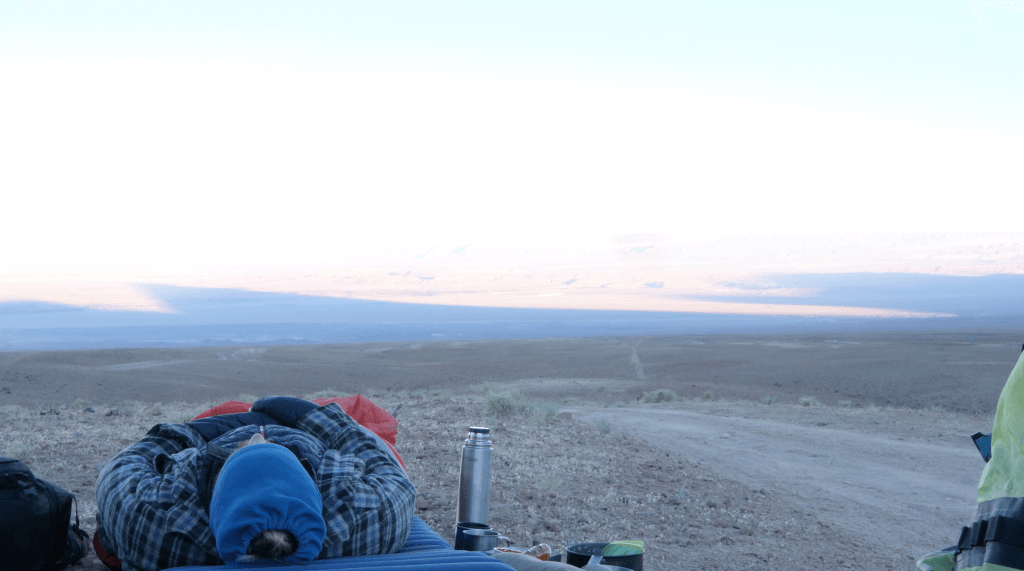 From here we drove another 40km to the Lagunas route where the tarmac disappeared and was replaced by 300km’s of thick gravel, rocky road and absolutely unrelenting washboard. We thought it would be a relatively straight forward journey as we planned to miss the high altitude sights and take the best bit of road through to Uyuni. Unfortunately, it didn’t prove that easy as the Bolivian customs check point is at the top of the national park, over 5000m above sea level! We had to check our vehicle in to Bolivia so this meant we had to take one of the toughest routes the park has to offer. Still in high spirits we figured that it couldn’t be that bad so we kicked off our drive with a detour to see the Laguna Verde. It wasn’t worth it. The track was designed for 4x4s and we found ourselves getting off and running alongside the bike on the uphill and standing on the side of the sidecar, clinging on for dear life, on the down hill. In fact, it was so bad that Reece was thrown from the sidecar at one point. He took a full tumble along the road but fortunately was wearing all of the right gear and didn’t get a scratch. The lake was green though to be fair – it’s well worth a visit but take a 4×4 not a scooter and sidecar. After the Green Lake debacle, we vowed not to go off the main track again and for about 30km it was plain sailing right up to our next checkpoint, the thermal baths at the Laguna Salada. These were complete and utter bliss. Chilled to the absolute core the night before and battered by high winds all morning, these pools could not have been more welcome. They cost just a dollar to jump in and we stayed there for about an hour, toasty warm and watching the local wildlife over the lake. 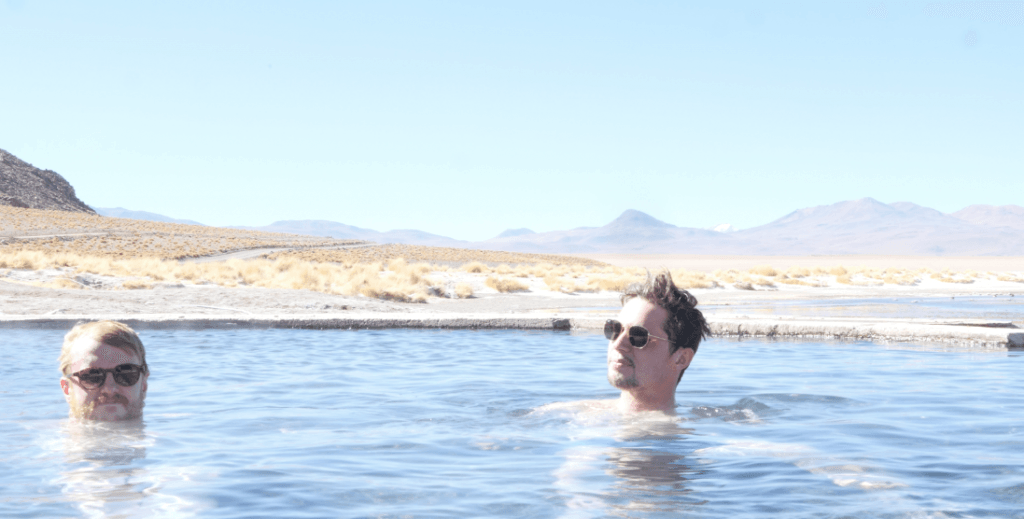 But the pools were where the fun stopped and the biggest challenge of our lives began. We turned off the main track to head to the customs check point and had to climb another 1500m or more up a really bad stretch of road. We spent the next few hours running and hiking alongside the scooter as it just managed to pull itself and the bags up the road. This, with no acclimatisation and awful fitness levels, was absolutely shattering. We arrived at the checkpoint at 17:30 which was surely too late and we were convinced we’d be attempting to camp in gale force winds at over 5000m where temperatures would drop to something like -15. Amazingly, they were open and we were welcomed inside to sign in to Bolivia. Next we had a decision to make, we could go back the way we came to the main road, camp at the pools and then continue on, or we could press on to the Laguna Colorada – the Red Lake. The Red Lake was a new thing to see and although it meant taking a worse road, it meant getting physically closer to Uyuni, so we took the risk. We raced down hill to 4300m above sea level and found a kind of hostel/local persons house to seek shelter. This was very welcome, we arrived there just after dark and it was well below zero outside. We had a bowl of hot broth, got our heads down and tried to sleep off the nausea and the headaches the altitude were causing. The following morning we faced the worst road imaginable. A mixture of deep gravel, inclines and brutal washboard. We pushed, ran and cursed our way through 200km of hell before finally reaching the main road to Uyuni. We drove the last 100km down the road to Uyuni, riding pillion because the sidecar was basically dragging along the floor having taken so many knocks in the morning. We got to Uyuni, checked in to an okay hostel, ate a massive meal and sat and thought about how much of a mistake that trip was. – we had cracked our sidecar wheel, snapped 2 out of 5 sidecar joints, lost a panel of the scooter, ripped off the underside of the bike, broke the radiator guard and worst of all lost all of our pictures of the amazing landscapes as Reece had his phone stolen. Thankfully we’ve found a couple of guys who know a thing or two about fixing stuff and should be back on the road tomorrow, heading North towards Peru. Enjoy this weeks video – it’s ridiculous.