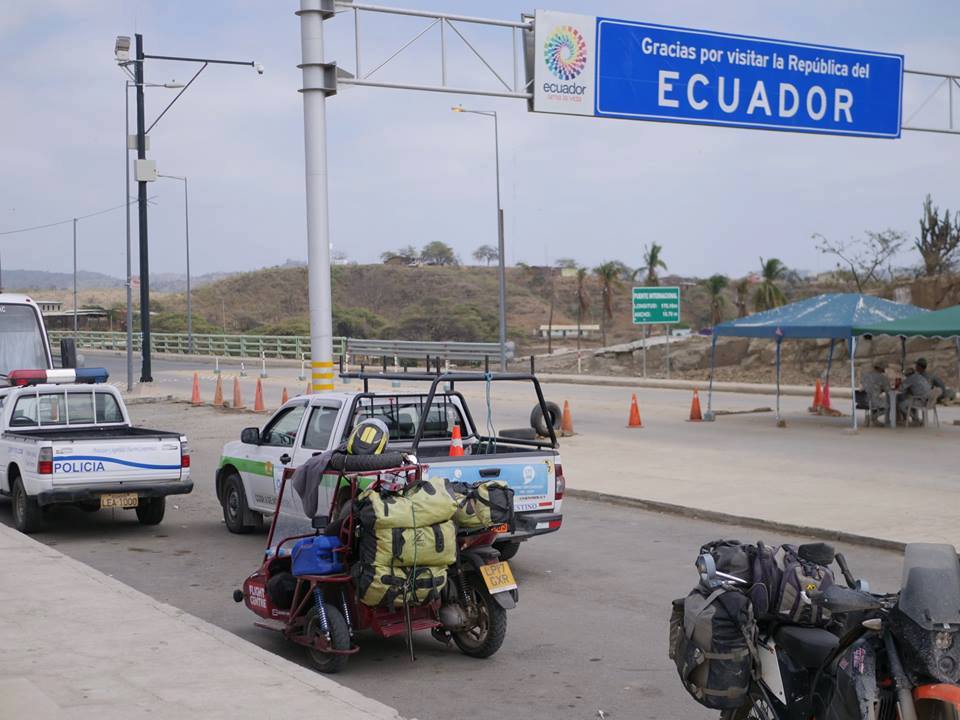 Another couple of weeks done and we’re in Ecuador! We racked up over a 1000 miles along the Pan American Highway all the way to Quito where we met Reece’s parents. It’s been 7 and a half months since we left the UK and 7 and half months since Reece was crying in a French campsite saying goodbye to his mum so it was a welcome reunion. 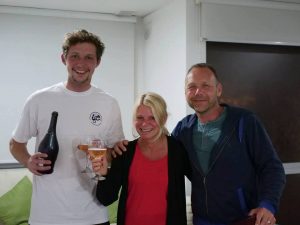 After we left the Peruvian coastline the road started to become really interesting and the rolling green hills of Southern Ecuador were a welcome break from the baron desert roads in Peru. As we continued North through Ecuador we found ourselves driving through banana plantations for hundreds of kilometres.

The bananas they grow here get exported all over the world, including the UK,  and the plantations are often owned by big multinational companies that put profits about the welfare of their workers and the local communities. We saw this first hand. It’s hard to make out but this picture is of a plane spraying pesticides over the plantations. The method is used all over the world but here in Central and South America it’s done with little regard for the people living in the area. We know this because we got soaked by it. In one sweep it covered us, a local lady and her home in some really nasty chemicals. It wasn’t a big deal for us because its just the once and we were in full riding gear. For the local lady stood in shorts and t-shirt though, it’s a different story – the pesticides are known to regularly cause horrific skin irritations and in worse case scenarios death as a result of cancer.

We don’t know too much more about the situation here in Ecuador and this could have just been a freak accident from a farm that usually uses this method responsibly but next time you’re shopping for your bananas it’s probably a good idea to pick up the fair trade bunch to help the people who are trying to do this stuff properly.

After we had wiped the pesticides off our visors we pressed North and eventually made it to Quito where we met Reece’s parents, left the bike behind and did some touristy stuff in a hire car. It was a lot of fun that included a horse ride through the Andes and little boat trip through the rain forest.

Then we fixed our clutch (again) and are now on our way North towards Colombia!

Check out the video below from the last couple of weeks.